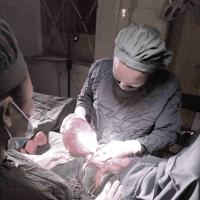 Tadiwos Utalo BSc,MSc is an Integrated Emergency Surgery Officer based at Bele Primary Hospital, in the rural part of Wolaita Zone, Southern Ethiopia. The nearest referral hospital is 45 KM away.

The mother was illiterate and married to a farmer with a low income for the last 20 years. Her menstrual history was irregular but had used contraceptives in the form of Depo injections 3 xs before one year. She had a long inter-pregnancy period of 15 years before the delivery of her last child.

She was treated with intravenous antibiotics at her local health center. But, with no improvement she was referred to our Hospital with the diagnosis of Acute Abdomen.

On presentation, she was acutely unwell and looking ill. She was not pale, not icteric and had wet bucal mucosa.

She had a pulse rate of 96 bpm, blood pressure of 100/60, respiratory rate of 26bpm and temperature of 37.1 degree celsius. No respiratory or cardiovascular abnormality was detected.

She had a distended abdomen which moved respiration, no old abdominal scar, no visible peristaltic bowel movement and normoactive bowel sounds

Complete Blood Count, Biochemistry and Sonography are not currently available at Bele hospital.

She was resuscitated with crystalloids, an NG tube was inserted and broad spectrum IV antibiotics were administered. Informed written signed consent for Emergency Explorative laparotomy was obtained after counselling her. 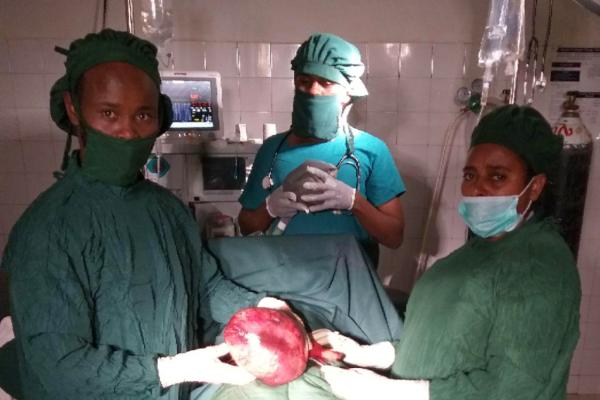 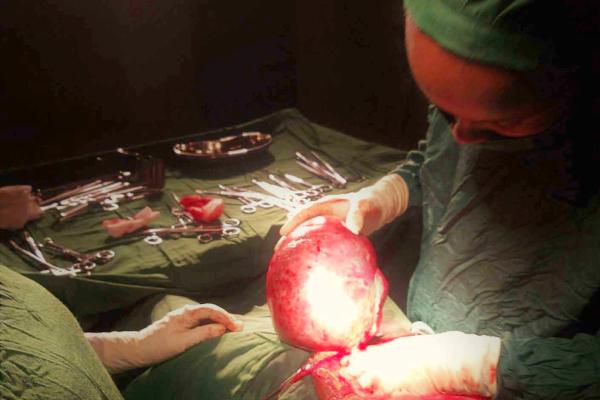 Under general anaesthesia with endotracheal integration, emergency laparotomy was performed via a vertical midline incision.

Detorsion or untwisting of the ischemic left ovarian mass and edematous fallopian tube was attempted to check for viability. With no evidence of viability, a left Salpingo-oopherectomy was performed to remove severely ischemic left adnexal torsion.

The patient made an uneventful postoperative recovery and was discharged home after 5 days in the hospital. 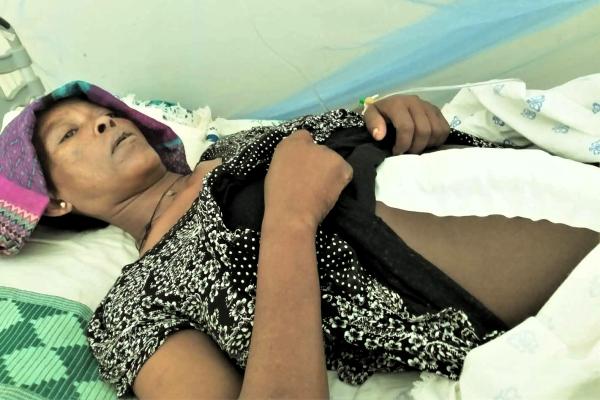 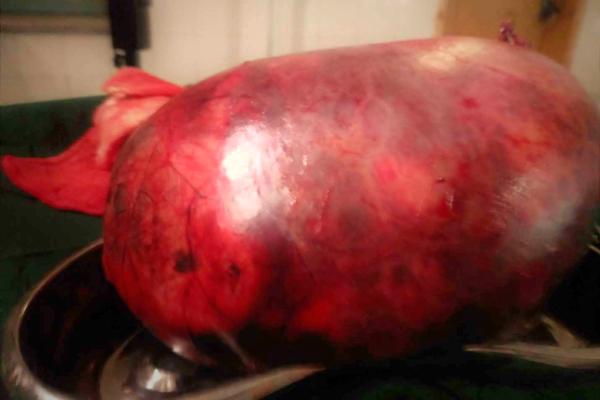 Thanks to the entire team at Bele Hospital including the anaesthetist, ward nurses, theatre staff as well as the administrative staff, this patient has had a good outcome and is very grateful for the care she received.

Get in touch with your own experience as an IESO and we will publish it here.